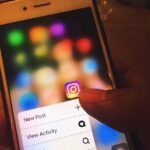 On the 3rd of January 2019, the mother blogger Christie Tate, wrote an opinion piece for the Washington Post, where she describes her fourth-grade daughter’s reaction to finding out about her blog. When her daughter saw all the ‘baby’ pictures and intimate details shared with the world, she became very angry and upset and asked her mother to take the essays and photos that she had  published off the internet. In her piece, Tate’s explains that – even if she understood that her child had a right to privacy –  she was not going to be able to stop “exploring her motherhood” in her blogging. The article received more than 700 very negative comments, where users expressed all their outrage against Tate. After the backlash Tate hasn’t been Tweeting publicly and her blog is now private. I believe that what makes this case particularly interesting is not whether Tate was wrong or right, but the fact the fact that it speak directly about the ‘narrative of blame’ that is often associated with the very notion of ‘sharenting’.

Much of the current debates about ‘sharenting’ focus on the problem that when parents post on social media the boundary between private and public becomes blurred and this raises critical questions about privacy, liability and agency for children. These are important questions, which have brilliantly  been explored by legal experts, such as Steinberg (2017) and Bessant(2018), for instance, who considered the legal implications of sharenting in the UK and US, and explored how children can protect their agency and seek legal action if they wanted.  The problem at heart is that, as Blum Ross and Livingstone (2017) have rightly argued with their study on parent bloggers, when it comes to parents social media practices the boundary of the ‘digital self’ is extraordinarily fragile, because the narratives of the parent and the child constantly overlap (Blum-Ross and Livingstone, 2017). Parents often share information about their children online, not only to show “what great kids they have” but also as a form of self-representation and as a way to build their own identities as parents. It is the parent identity in sharenting that is the subject to blame. A recent article on The Atlantic, which discusses children’s reactions “when they realize that their life is online” and that mentions Tate’s example is a vivid example of this.

In my forthcoming book, however, I argue that we need to abandon the very notion of sharenting, because by focusing on parents’ digital practices alone and the narrative of blame, we are blaming parents for something that is really a societal problem. In doing so we are overlooking the complexity of social media data, in our data driven societies. During the Child Data Citizen project, I reached three important conclusions that will be discussed at length in the forthcoming book:

1) The debates about sharenting do not really take into account the complex processes of negotiation that are happening in family life. This is clear if we look at how parents are negotiating with children about what they post on social media.  In 2017, Moser et al.(2017) from the University of Michigan published a study based on a survey of 331 parent-child pairs and examined parents and children’s preferences about what parents should share on social media. In contrast to much smaller studies (Lipu and Siibak, 2019) or articles in the media such as the one in The Atlantic that was based on handful of experiences (Lorenz, 2019) and which highlight children’s frustrations or shock about seeing their photos and posts online, Moser et al (2017) demonstrate that the practice of sharenting is being negotiated piece by piece by parents and children. In my forthcoming book I explore some of these processes of negotiation, and analyse how parents are trying to self-censor their own social media practices to protect their children privacy.

2) All the debates about sharenting do not take into account the social complexity of social media data flows in family life. During the Child | Data | Citizen project I analysed a plurality of ‘social media related tensions’ within and beyond the family unit. Sometimes, parents talked about, their partner, the older sibling, the relative, the friend as the ‘sharer’. Other times they complained about other parents; the school; the extra-curriculum activity; the religious organization etc. They also described how difficult it was for them to limit the social media flows of their children. When we start looking at all these daily tensions, a complex map of children’s data flows emerges that goes well beyomd what parents post and what they don’t. This map involves a variety and plurality of social relationships that define everyday life, and one that is almost impossible to visualiz.

3) All the debates about sharenting underestimate the role of social media data under surveillance capitalism (Bellamy-Foster and McChesney, 2014; Zuboff, 2015, 2019) including the social media data of children. During the Child | Data | Citizen project, I carried out an analysis of four different social media companies: Facebook, YouTube (Google), Snapchat, and Twitter. The analysis, consisted in a study of the promotional cultures, business models and data policies of the different platforms. It also consisted, in researching and following the different news that involved patent requests as well as privacy scandals. The platform analysis was largely qualitative and ethnographically informed, in the sense that I found myself analysing these platforms simultaneously as a researcher and as a ‘concerned parent’ who wanted to find out how my children’s social media data (and my own) were being collected and used. As I will explain in a future post, the analysis revealed that social media companies are directly and indirectly collecting large amounts of children’s data, and using this data to profile them. The focus on sharenting, tends to obscure the fact that one of the major risks of sharing on social media is defined by the fact these platforms, not only gather large amounts of individually identifiable data (e.g. facial recognition) but rely on obscure business models that leads to the profiling of individuals on the basis of their networks, and associations.

Once we understand that rather than focusing on sharenting, we need to look at social media data flows, the following questions arise spontaneously: What type of data are we producing on social media? How are companies collecting, sharing and using this data in the age of surveillance capitalism? What is happening to the data of children?