Can you sue your parents for posting? 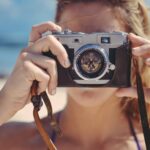 When I was in my early teens in the Nineties I read a book by Paula Danziger titled Can You Sue Your Parents for Mal Practice? The book, which was published in 1979 was more than a decade old but felt so timely as a coming of age novel. The heroine in the book had to come to terms with the shortcomings of her parents and considered suing them for malpractice. Today, it seems plausible that children can sue their parents for ‘digital malpractice’. In September 2016, an article appeared on different newspapers suggesting the an 18 year old Austrian girl was suing her parents for posting photos of her on social media. As Ghallanger (2016) suggested in her recent article on the Huffington Post  the 18 year old girl accused her parents of having ‘no shame and no limit’ in sharing over 500 photos of her childhood online. The news was widely reported, and appeared on different newspapers from The Independent to The Telegraph.  This was meant to be the very first case of a child suing parents for the practice of ‘sharenting’ in other words the cultural trend that sees parents oversharing private details of children’s life on social media. In the following months, I tracked the news story and found out that it was in actual fact one of the many cases of fake news. The very fact that this news piece was in actual fact debunked can be surprising but what makes this case of fake news particularly interesting is the fact that it highlights the fact that it speaks directly to the social tensions that are emerging in family life when the boundary between private and public becomes blurred on social media triggering questions about privacy, liability and agency.