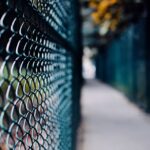 One afternoon in March 2017,  I interviewed Alexandra. Alexandra had migrated to England, from Eastern Europe 12 years ago, and lived in a small council flat in South East London with her two children, aged 8 and 10, and her husband. In her interview she told me how difficult it was for her to adapt to the digitization and datafication of everything:

A: Everything changed everything went online, like online banking…they make it impossible to go to the branch because they are closing branches down so I end up using it […] But also, the kids’ school now everything is online […] At the doctor I use the online booking, again I don’t really know how to use it, and it is frustrating but our GP surgery has become so busy that sometimes I need to wait 4 or 5 weeks to see a doctor, but if I go online I would find an appointment.

During the Child | Data | Citizen project I met countless examples of parents, like Alexandra, who told me that most of the institutions and services around them were being digitized and datafied. Consequently, they found it impossible not to give up their personal information and the one of their children.

Recently, I wrote an article that provides a theoretical and empirical reflection on this process of datafication of family life. The article has just been accepted by the academic journal Sociological Research Online, and argues that, as institutions and services become more and more data-driven, families increasingly have no choice but to give up their personal data.

In recent years, different scholars have discussed precisely the problem of lack of choice and privacy trade off (Turow et al, 2015; Hargattai and Marwick, 2016). They have shown that, in our data driven societies, individuals feel that they ‘have little choice’ and give up personal data just to be able to access specific platforms and services. A fantastic review of this literature can be found in Draper and Turow‘s recent article (2019). The article argues that we are living at an historical time when digital resignation has not only become the norm for users, but it is also constantly ‘cultivated’ by corporations, who encourage and reinforce it.

The article is truly brilliant and I completely agree with the scholars’ argument. During the Child | Data | Citizen project I had many examples of the fact that digital resignation was a fundamental aspect of the everyday life of most of the families I worked with. I also collected evidence on the ways in which this resignation was being cultivated by different digital platforms (from data tracking apps to social media and home technologies).

Yet, during the research, I came to the conclusion that something more was at stake. If I wanted to understand what was happening to people like Alexandra and many others I needed to realize that surveillance capitalism did not only rely on the ‘cultivation of digital resignation’ (Draper and Turow, 2019) but also on the systematic coercion of digital participation.

The notion of ‘coercion’ is used in my research with reference to classical understanding of voluntary and coerced citizen participation, where coercion does not imply the use of force or violence, but refers to ‘forced compliance’ with structures, policies and regulations (Milakovich, 2012:31).

One of the main changes brought about by big data is the fact that the institutions and businesses that individuals encounter in their everyday life (e.g. health providers, education institutions, local governments, police and border agents  etc.) are increasingly relying on automated and data driven services.

The experience of Alexandra, and many others I met during fieldwork, shows that individuals are not just ‘resigning’ to digitally participating because they want to use specific services, but they are forced to comply  because the institutions and services around them are being digitized and datafied. If individuals choose not to comply, they risk physical consequences (e.g. let’s image someone who refuses to have finger prints or iris taken at the border) or social and personal consequences in the sense that they would be left out from important areas of social life (e.g. refusing to use an educational software as a student).

In my work, I argue that the everyday coercion of digital participation, which is enabled by a plurality of corporate (social media platforms, home technologies etc.) and non-corporate (the school, the doctor, the local government; the border enforcement etc.) agents, is leading to the datafication of citizens.

I also argue that if we really want to understand the everyday coercion of digital participation and the making of datafied citizens, we need to look at children. Children have traditionally been excluded from debates about citizenship and public life because they have often been understood as not-yet citizens or future citizens (Nolas et al, 2016; Coady, 2009; Livingstone and Sefton Green, 2016). Yet in the study of the relationship between data and citizenship children are the key. In fact, children today are the very first generation of citizens who are datafied from before they are born and are coerced into digitally participating to society through the data traces produced by others. In fact, children’s digital participation, in the great majority of cases, is determined by others: their parents, their educators, their health providers who agree to obscure terms and conditions with private corporations.

In different sectors of their everyday life from education (Williamson, 2016) to entertainment and health, children’s data traces are then used to find out their behavioral patterns, to make assumptions about their psychological and behavioral tendencies and to construct narratives about who they are. These narratives are often based on the social context in which they grow up in. As Taylor (2017) argued, in fact, data technologies often sort, profile and inform action based on group rather than individual characteristics and behavior (ethnicity, class, family etc.). Children have historically been  profiled on the basis of the families and the social groups they belong to. Yet today these classifications might follow them throughout their life span in ways that was not possible before. This does not only reproduce existing inequalities and stall social mobility (Eubanks, 2018) but it also impacts on their right to self-definition and moral autonomy (Niessenbaum, 2010).

Looking at the datafication of childhood and at the everyday coercion of digital participation, can enable us to start asking and tackling critical questions about our democratic futures and the violence of digital profiling.

If you are interested in finding more about my understanding of ‘coerced digital participation’: