Posted by Veronica Barassi on Jul 8, 2018 in News, Techno-dependency 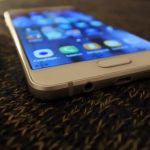 I pick up the phone so many times in a day, and I look for things constantly” said Roger[1], the father of a five-year-old who I interviewed for the Child | Data | Citizen project. He paused, looked up and added “don’t ask me what I am looking for, because I don’t know”.

When we think about family life, we cannot overlook parents’ techno-dependency. In the last few weeks, there has been a growing attention to techno-addiction. BBC’s Panorama has investigated how tech-giants make social media apps deliberately addictive. A Former VP at Facebook has equated social media  – with their dopamine-driven feedback loops –  to cocaine.

All this media frenzy about techno-addiction  has been challenged by psychologists from the University of Oxford  who cautioned against such simplified understandings of addiction, and argued that technologies cannot really be compared to drug or alcohol abuse.

I  personally believe that they are right and that if we want to analyse technological use we need to avoid simplified understandings of addiction . Yet I also believe that it is important that we consider how parents, like Roger, are experiencing and reflecting on – what they understand as –  techno-dependency. Only by doing so we can start to question daily technological practices and to consider whether parents’ technological use is impacting on children.

According to a recent research published on Pediatric Research,  the answer is yes: parents’ mobile use has a direct impact on children’s behaviours. The researchers used the term technoference to describe all those instances in family life when the phone comes in the way of meaningful parent-child interaction.

I found the term technoference particularly insightful. My own ethnographic and deeply personal experiences with my daughters as well as the data collected from the interviews all relate in one way or another to the experience of technoference. Two examples of technoference taken from my fieldnotes can give us a clear picture:

“On the way home. In the car. A (4 years old) was looking outside the window and listing the things that she saw and found interesting. I was sitting with my husband in the passenger seat. I told him how proud I was of the fact that L was not like other kids watching their Ipads and phones in the car. No. My daughter knew how to keep herself entertained and interested in the world. When I was saying this, I struggled to keep my hands off my phone. I must have looked at it 10 times during a 20-minute drive. What did I check? I don’t know. It reminded me of Roger, when he told me: don’t ask me what I am looking for? I am just looking”.

“Today I was looking at my phone trying to sort out the fact that my Samsung gallery wouldn’t open. P (6 months old) was staring and smiling at me. She was making eye contact, but for a long time, the phone came between me and her. I felt awful, when I realised.”

Increasingly more, as I work with parents, I am realising that technoference is very common and that parents are simultaneously aware and surprised by their phone addictions. One day, for instance, I was talking to Amy and she mentioned that sometimes she doesn’t even notice that she is using her phone. “Sometimes you do not really realise that you are using it, sometimes I am having breakfast and children are playing and I find myself scrolling Facebook, But I don’t know how that happened, I can’t remember what lead me to pick up the phone”

When describing their phone addictions and technoference many parents, and myself included, feel an inevitable sense of guilt. Part of the reason is that instinctively many of us believe that these digital practices are interfering and impacting on our children. This understanding is now supported by the latest research and by the inevitable mainstream media coverage that followed it. At the end of the day parenting and technology sells especially when we can identify ‘impacts’ and ‘consequences’.

The research on technoference is an important step forward towards triggering public debate. Yet much more research is needed in this area. What we need is critical, in-depth and ethnographic work that debunks moral panics and highlights the tensions that are emerging in family life. The type of research that I have in mind is one that takes into account how parents are making sense, negotiating and resisting technoferences. It is by looking at these practices of daily negotiation and resistance that we can start addressing the problem. We don’t need another list of “dos and don’ts” or set of regulations. What we need is to shed light on parents’ ability to reflect on their digital practices and bring meaningful change.