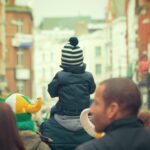 On the 23rd of May I was interviewed by The Guardian for a feature piece on the practice of ‘sharenting’. I think the article does an excellent job in analysisng the risk associated with posting information of children online. Yet I question whether sharenting is really a useful term when we look at the impact of social media in family life.

In the last few years, the term sharenting has been used by social researchers and journalists alike. In the media we have seen a plurality of articles dealing with the topic (check out the resources page). In academic research, I find Steinberg’s (2017) work on the legal challenges that sharenting poses and Blum-Ross and Livingstone’s (2017) work on parent bloggers important and fascinating.

What troubles me about the concept of sharenting, however, is that in the last year – and especially in the media – the term has been filled with negative and judgemental undertones.  In addition to this, I really don’t think it does any justice to the complexity of social media in family life.

As I talk to parents, I am realising that more often than not all this talk about sharenting and posting online is clearly affecting them. I am also realising that – amongst family members – different tensions are emerging between those who share and those who don’t.

These conflicts are becoming really personal. At times, I spoke with spouses who questioned the social media posts of their partners, and prevented them from posting specific information on their individual social media accounts. Other times, I talked to parents like Andrea[1], the mother of a 5-year-old, who talked about the emotional importance of social media (especially because she lived far away from her family). She thought that people who judged her for posting on social media were impacting on her right to share with her family.

As families are becoming more and more aware of the impacts of social media data, we are seeing the emergence of new conflicts. These conflicts are not confined to the walls of the home, but they are affecting different social interactions.

One day in Spring 2017, for instance, I was interviewing Liz a mother of two girls who was very concerned about the online privacy of her children. Her husband and her had chosen not to post or share any photo or information on social media. Yet their position was being challenged by the other parents at the school. The issue of contention was the school play. Liz and her husband – together with another couple of parents – were the only ones who refused to sign the permission to allow members of the audience to take photos at the play, because they rightly thought that the photos would land on social media and this was creating a lot of tensions.

Like Liz, different parents (and especially the ones that don’t want to share) complained about the fact that it was too difficult to control the social media presence of their children.

I know this very well. I have been obsessed with controlling P’s (my 4-year-old) social media presence since she was born. I never posted anything and asked all my friends and family not to post. Yet whatever I do, she always ends up tagged to my profile in photos with other children at the school, at a party, a play group or large family gathering etc. Many times, I untag myself and ask to remove the photo, but sometimes I just don’t have the time and nerve to do it.

[1] All names are fictional to protect participants’ anonimity